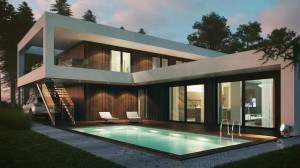 Parameters of the house

Approximate price for turnkey including VAT

The house could be also done in a low-energy and a passive standard and in a system of a wood-building. On your request, we prepare a price offer for you.

The modern two-storey house about the size of residential units 5 bedrooms suitable for use 4 - member family.
House is designed as a two-storey building without a basement. The total area of ​​the house 265.17 m². The spatial concept of the house is a private matter of the family house in a T-shape, which is oriented southwest parallel with the street line. An important factor in locating the proposed RD is to achieve a certain intimacy of the living environment in the plot, especially in the garden area, in relation to the living spaces of the house. Proposed detached house its matrix consistently respects the latest housing trends. Despite mingling with the fundamental mass of the building on two levels remains intact and mass concept completely separates the house at night and day part. House communicates with a garden area of ​​land through the vegetation roof over 1.NP a tree, which becomes part of the exterior terraces and therefore the house itself.
The layout of the house is divided into functional sections. Upon entering the building you are walking under the overlapped portion of the entrance hallway and a large closet located in the corridor. Following the entry into a toilet. Upon entry it is possible to smoothly go into daily zone consisting of a living room and a kitchen with pantry, or directly into the dark zone via a staircase on the second floor. There is a large part of the garage, which is connected to the entrance area of ​​the house. Over the garage is followed by a utility room with laundry. In communication with terrace and garden is located relaxation area with sauna as well as kitchen and living room. Night zone is located on the first floor and consists of a master bedroom, guest room, two children's bedrooms and two bathrooms, one of which is private within the master bedroom. Of these rooms can be continuously come out to the terrace overlooking its own private land and vegetation roof over 1.NP. House his clear, rational layout and architectural expression, which reflects current trends, ranks among modern architectural works.

Note:
When an urban-architectural design of the house is to be considered the correct orientation of the cardinal reasons insolation and also proposed a house as well as the existing house in the immediate vicinity.

The project contains placing of the house in a parcel of a land, connection to an engineering site, a card of an energy difficulty of the house, fire administration and distribution of the ​our specialist.

It is possible to pursue the changes in the project documentation.

Adjust and supply all ground plans in English. A description of the rooms and information of the measurements. 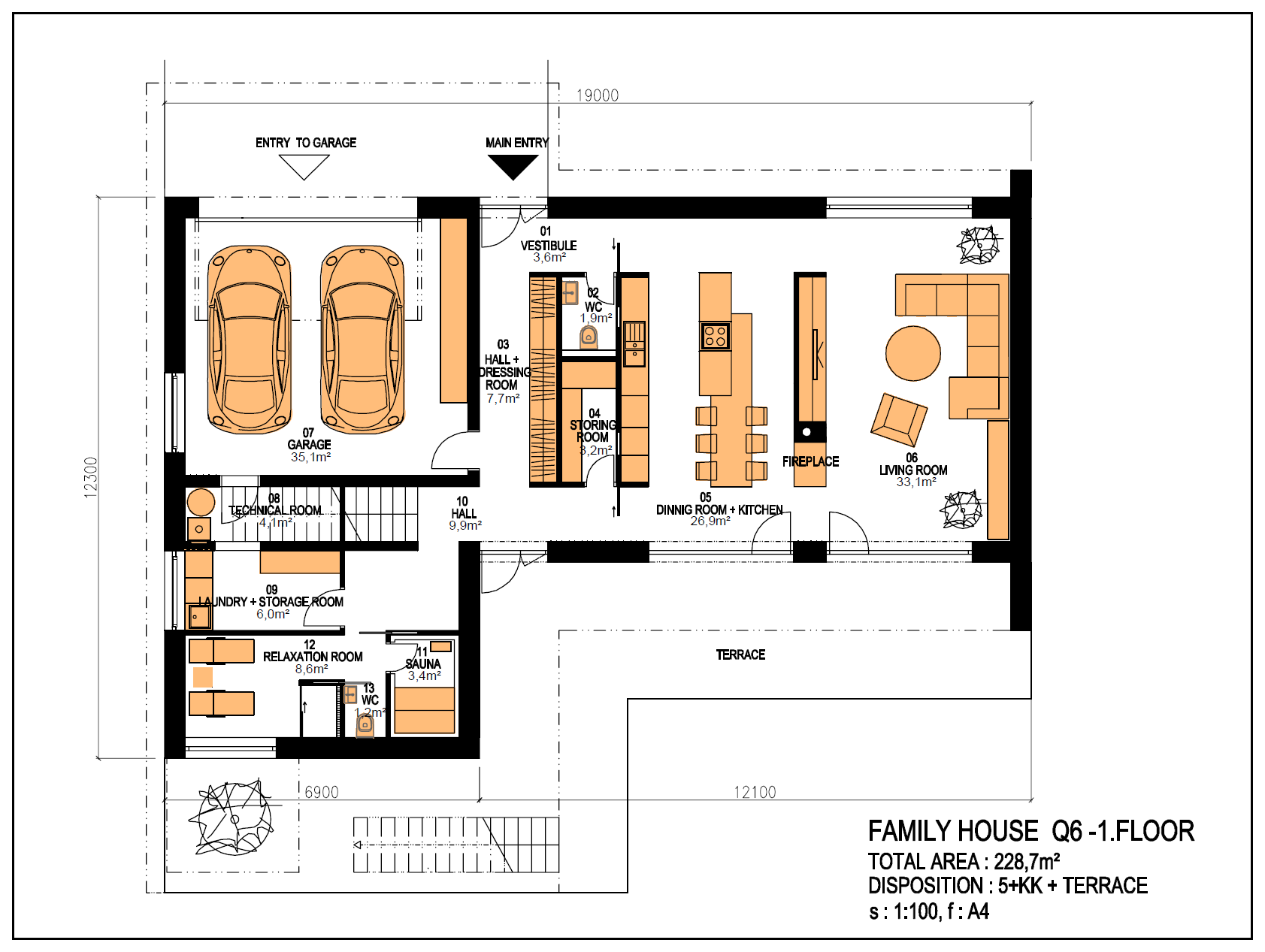 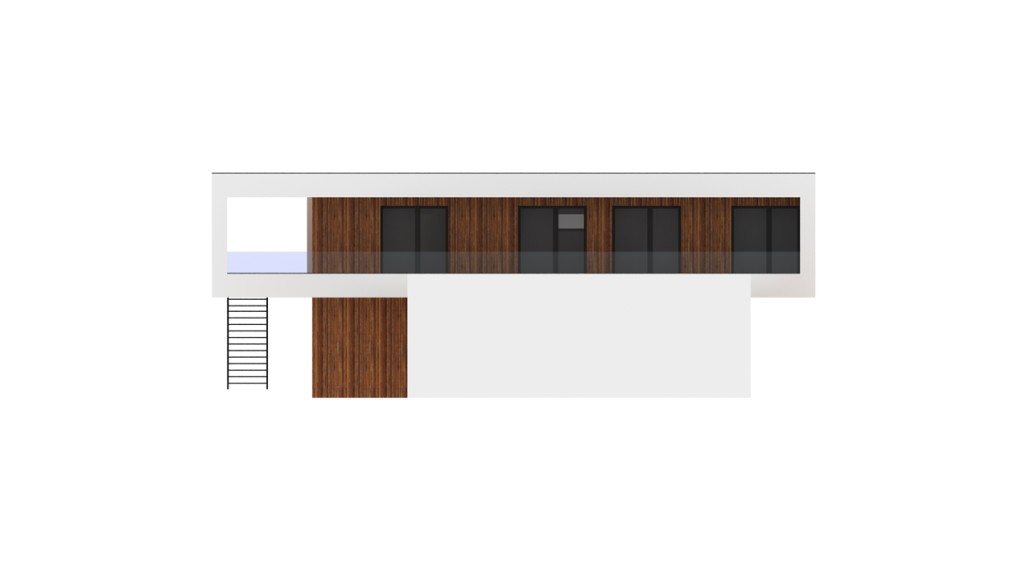 Standards and prices
Ask us

Thank you for your interest in our modern houses. If you want more information or want to schedule an appointment, fill out and send us the form.